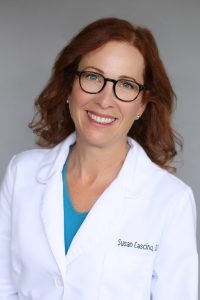 Dr. Cascino completed her specialty training in Periodontics from Loyola. During her training, Dr. Cascino published an article in Compendium, a well regarded dental journal.

Dr. Cascino was an instructor for several years in the Department of Periodontology at University of Illinois at Chicago, College of Dentistry. She continues to present lectures to local dental groups.

Dr. Cascino has practiced in Naperville since 1998. Her outside interests include reading books, playing tennis and her family including her son, C.J. 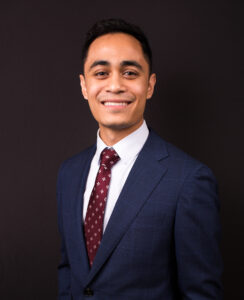 We are excited to announce the addition of Dr. Samer Shaltoni to Naperville Perio as our new periodontist and implant surgeon!

Dr. Shaltoni is certified to provide IV sedation to help those that may be nervous, anxious or prefer to be sedated. He is experienced with complex full arch dental rehabilitation including the fixed replacement of teeth with All-On-Four dental implants. He also brings new a technology in wound healing called Platelet Rich Fibrin to our practice. Dr. Shaltoni, is a contributor to one of the latest textbook on this technology titled, “Understanding Platelet Rich Fibrin (PRF)” , authored by Dr. Richard Miron.

During his free time, Dr. Shaltoni enjoys spending time with his wife, family, and friends, trying new restaurants, watching basketball, and is an avid car enthusiast.

Dr. Pizzurro received his Doctor of Dental Surgery Degree from Loyola University School of Dentistry in 1972. As a dental student, he was the recipient of the Award of Merit from the American College of Dentists. He was also a member of the Blue Key National Honor Fraternity.

In 1974, Dr. Pizzurro completed his specialty training in Periodontics from Boston University School of Graduate Dentistry. He earned a certificate in the specialty of Periodontics.

Dr. Pizzurro became a Diplomat of the American Board of Periodontology, initially, in 1986 and was re-certified in 2010. Diplomat status is achieved through a series of written examinations, oral examinations and case presentations. Only about one third of periodontists are diplomats.

Dr. Pizzurro has practiced in Naperville for over 35 years.

Outside the office, he enjoys nature photography and working out. He also tries to spend as much time as possible with his three granddaughters.

Need to make a payment?

Use the button below to make a secure payment to your CareCredit account.